A Pop-Up in My Community

It has been some time since I hosted a Pop-Up in my own community so when my church friends approached me to help out with a cafe style event, I jumped at the idea of having a Pop-Up Adventure Playground. It’s new and unfamiliar territory to these folks, but I assured them that it would be great, and I would be there to guide them every step of the way.

The doors opened at 10:30 and families trickled in to see what was happening. While the children played at the Pop-Up, the adults relaxed with tea or coffee. Every so often, they would poke their heads into the play site to find that they weren’t really needed, but enjoyed observing the play on the periphery. Here are some photos of the morning Pop-Up: 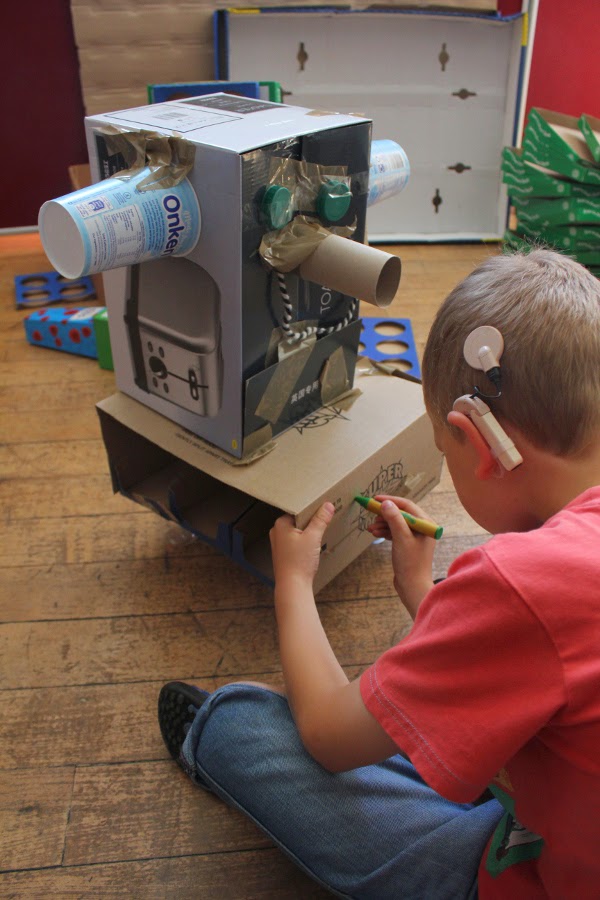 There were robots, creatively made. 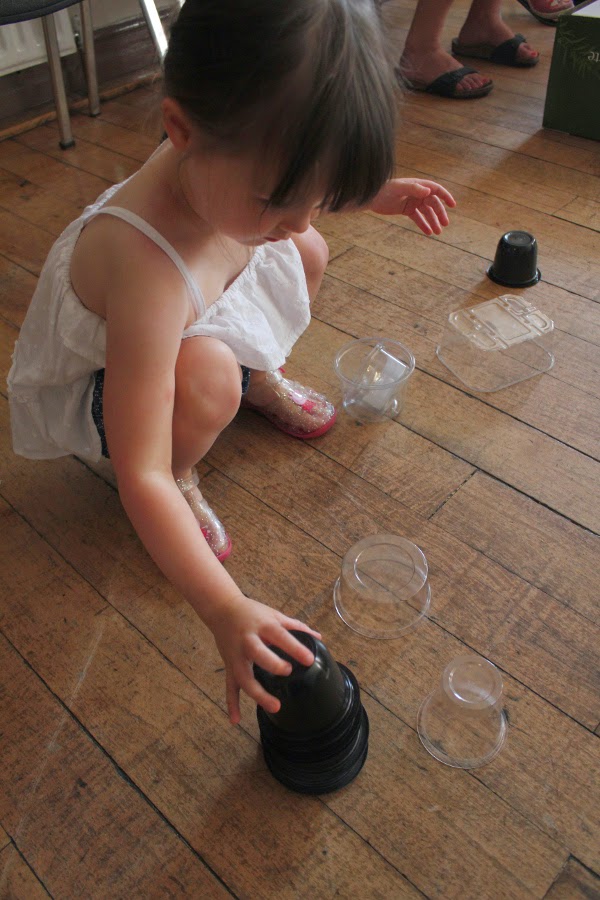 There was a lot of small construction work, with fancy tubes. 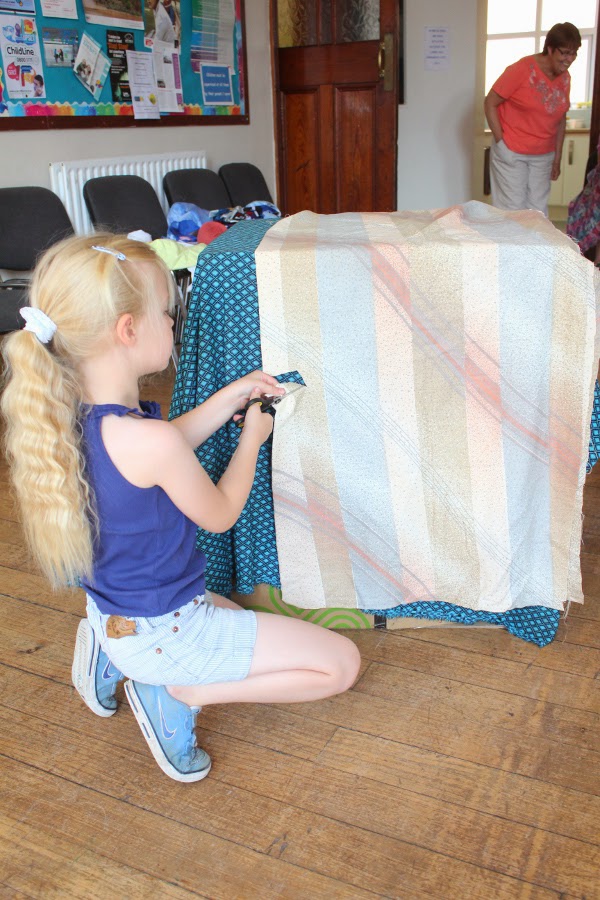 There was a little bit of large construction too. And scissors were very popular. 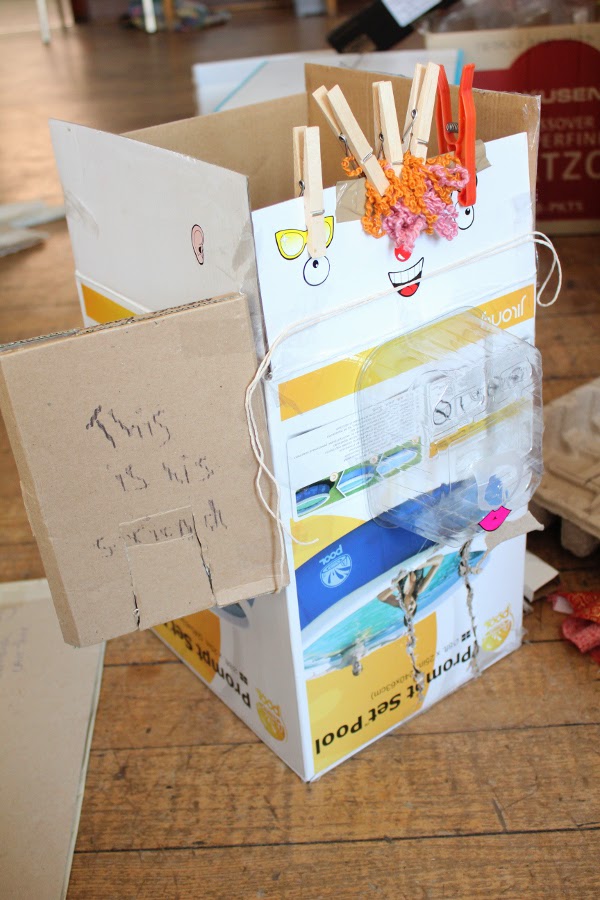 This might be a robot friend – very well decorated. 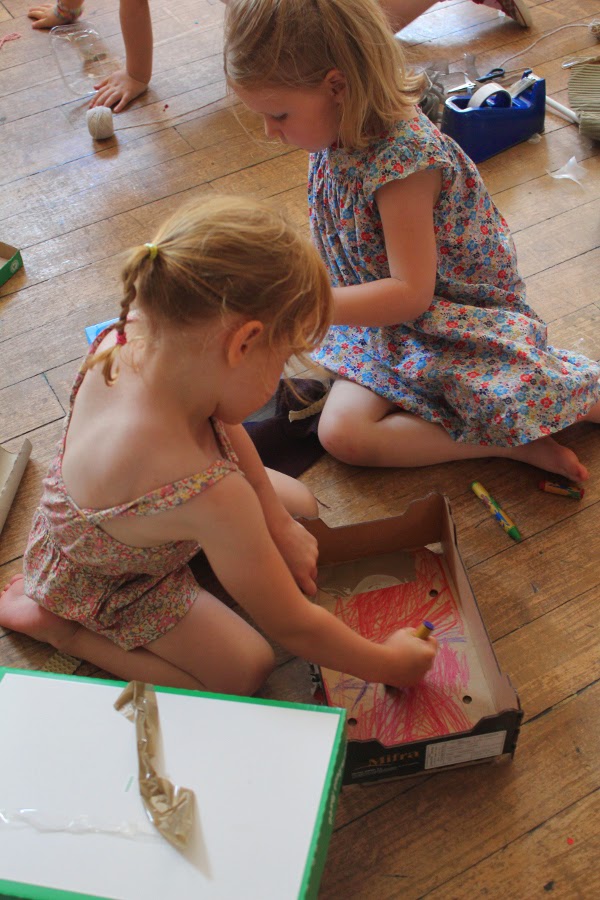 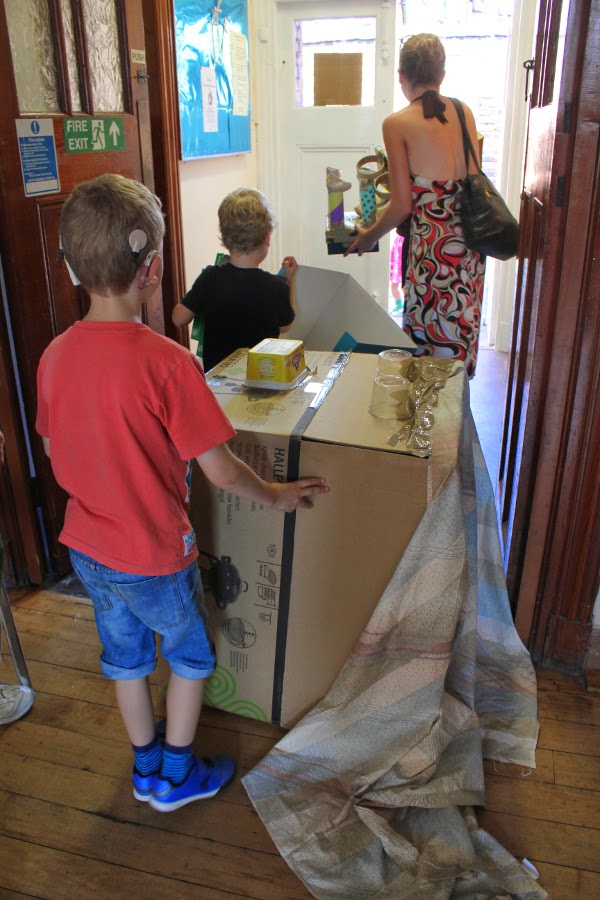 And mum said it was okay, so the creations were taken home.

It was only a 2-hour session, but today’s Pop-Up was super successful. I really enjoyed another opportunity to do a little playwork. The adults were pleased and slightly surprised to see children so engrossed within play, and the folks at my church were chuffed to bits (British for “very pleased”) that so many people came. This could be the start of many more Pop-Ups to come! Hoorah!
If you’d like to read more from Zan, you can visit her personal blog.