GUEST WRITER: Come and They Will Build It in Brooklyn

Pop-Up’s friend Alexander Khost is a parent, educator, painter, and web developer living in Brooklyn, NY with his two children, James and Oliver and his partner, Amanda. Alex has been active in mutual respect, child-led learning environments in various ways, including having founded a democratic free school. His newfound love of child-led play has him enthusiastically studying to be a playworker in anticipation of a Brooklyn-based adventure playground soon to come… 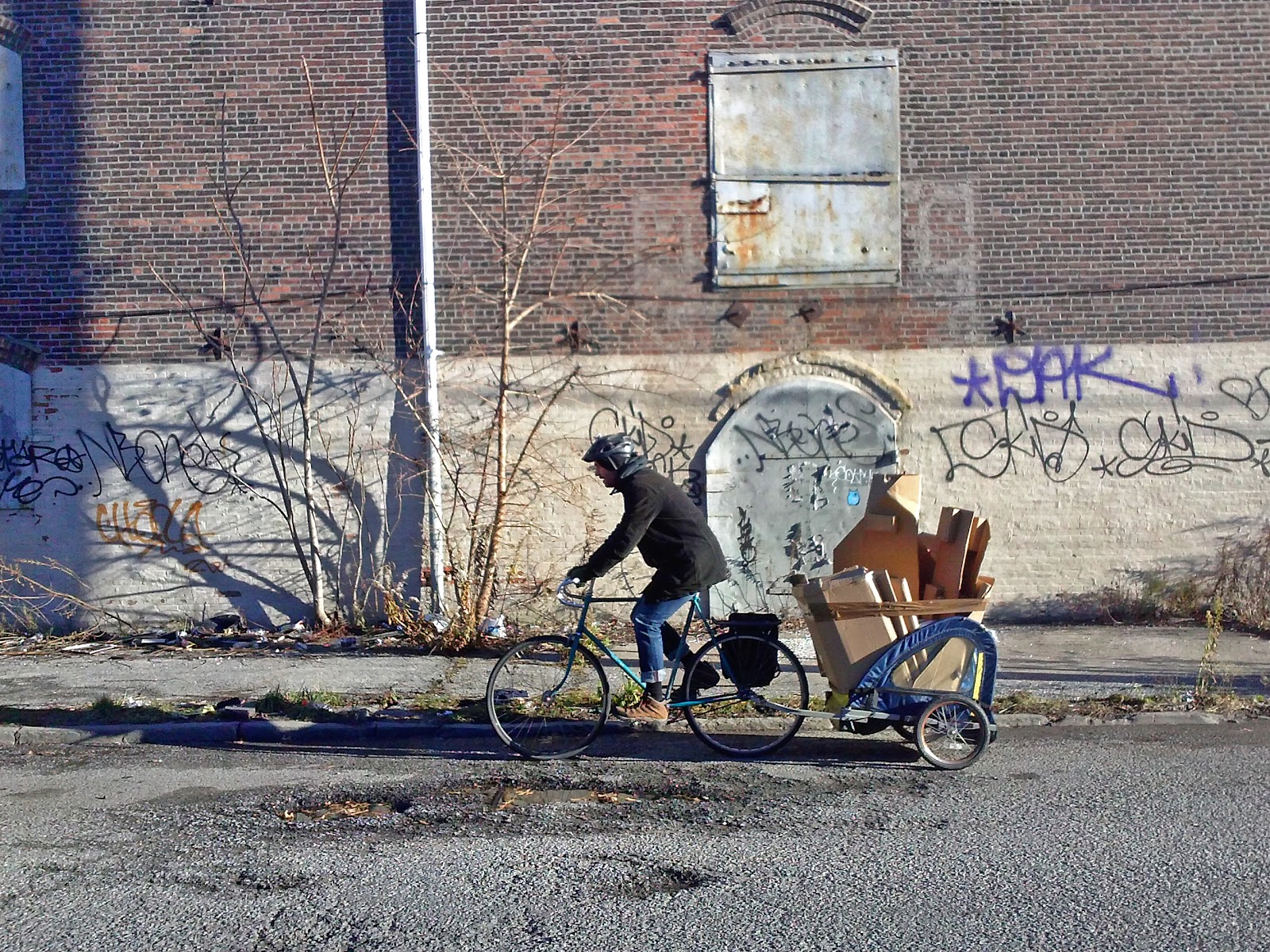 I biked down the bitter cold streets of Red Hook, Brooklyn early one December morning with a trailer hitch filled with massive sheets of cardboard. An elementary school music teacher had answered my Freecycle request for large cardboard with great advice that I followed, “go to [a large furniture warehouse], people discard big sheets of cardboard there all of the time.” Obtaining these oversized sheets of cardboard was the crucial first step in holding a very first Pop-Up Adventure Play Day that following weekend.

A few months earlier my friend and project counterpart, artist and interventionist Eve Mosher and I sat down at a local Brooklyn cafe and declared our intentions to do the impossible: open an adventure playground in Brooklyn, New York, and thus the play:ground project had begun. Unlike their conventional equivalents, adventure playgrounds provide children with opportunity to, as Dr Fraser Brown, Professor of Playwork at Leeds Metropolitan University put it, be “in control of their own play places.” They provide children with the opportunity to make their own decisions about their play activity and just as importantly, allow them to take earnest risks in their play, a crucial part of development that sadly has been all but eradicated from childrearing in recent years.

Somewhere on our journey to open an adventure playground, Eve and I were fortunate enough to e-meet Suzanna Law and Morgan Leichter-Saxby the brilliant minds behind Pop-Up Adventure Play, who have since then helped us immensely with so many aspects of our complicated proposition, such as providing contacts in the New York world of children’s rights and giving us advice from their years of experience in holding Pop-Up Adventure Play Days. 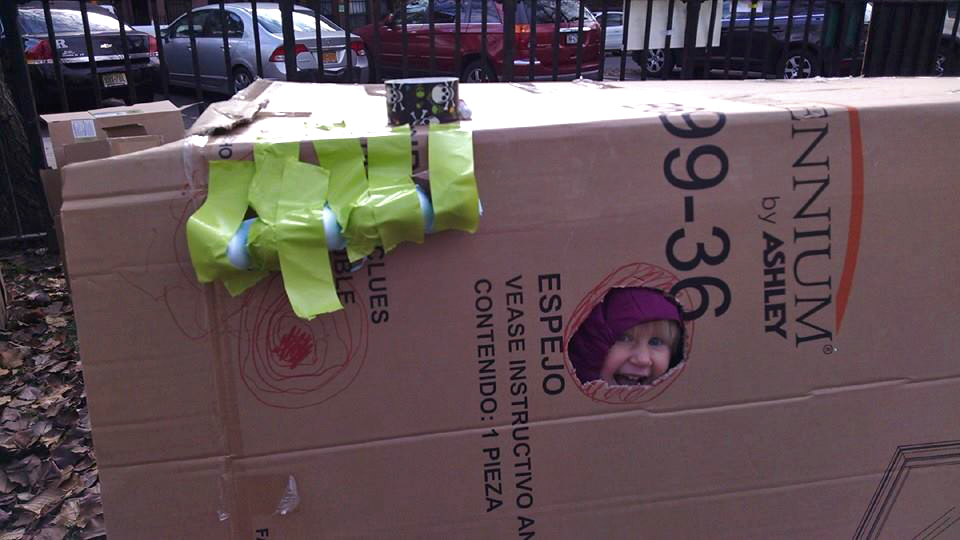 These one day events provide opportunities for a community to experience the joys of child-led play using “loose parts,” a key element behind adventure play, including any material that can be taken apart, redesigned, moved or easily carried by a child such as cardboard, string, fabric, dirt, and sticks. And perhaps most importantly for us at this stage in our adventure playground plans, a Pop-Up Play Day also gave us the initial opportunity to introduce this idea to the Brooklyn community where we are interested in a permanent site in the future. It helped us in opening a dialogue and allowing the neighborhood, young and old, to be a principal part of the conversation from the start.

The twenty or so children who showed up for our first Pop-Up Adventure Play Day in Brower Park last week barely swam to surface, deep from within the oceans of their imagination, showing face to the adults only when they requested another cup of hot chocolate or tea from the park bench thermoses we provided. Despite the mostly grey, chilly December weather, amazingly they arrived and began to play with certainty. I jokingly thought to myself that the Field of Dreams had it backwards, the saying should be, “Come and they will build it,” and build they did indeed. Over a four hour period roughly a dozen structures or play constructions were made, mostly from children’s hands (with the periodic request for an adult to put up a wall, cut out a window or carry a big box to another part of the playground). I was witness to slides, forts, huts, sword fights, a fire house, various murals, and something that looked like an inspiration from a piece of art by Christo and Jeanne-Claude. 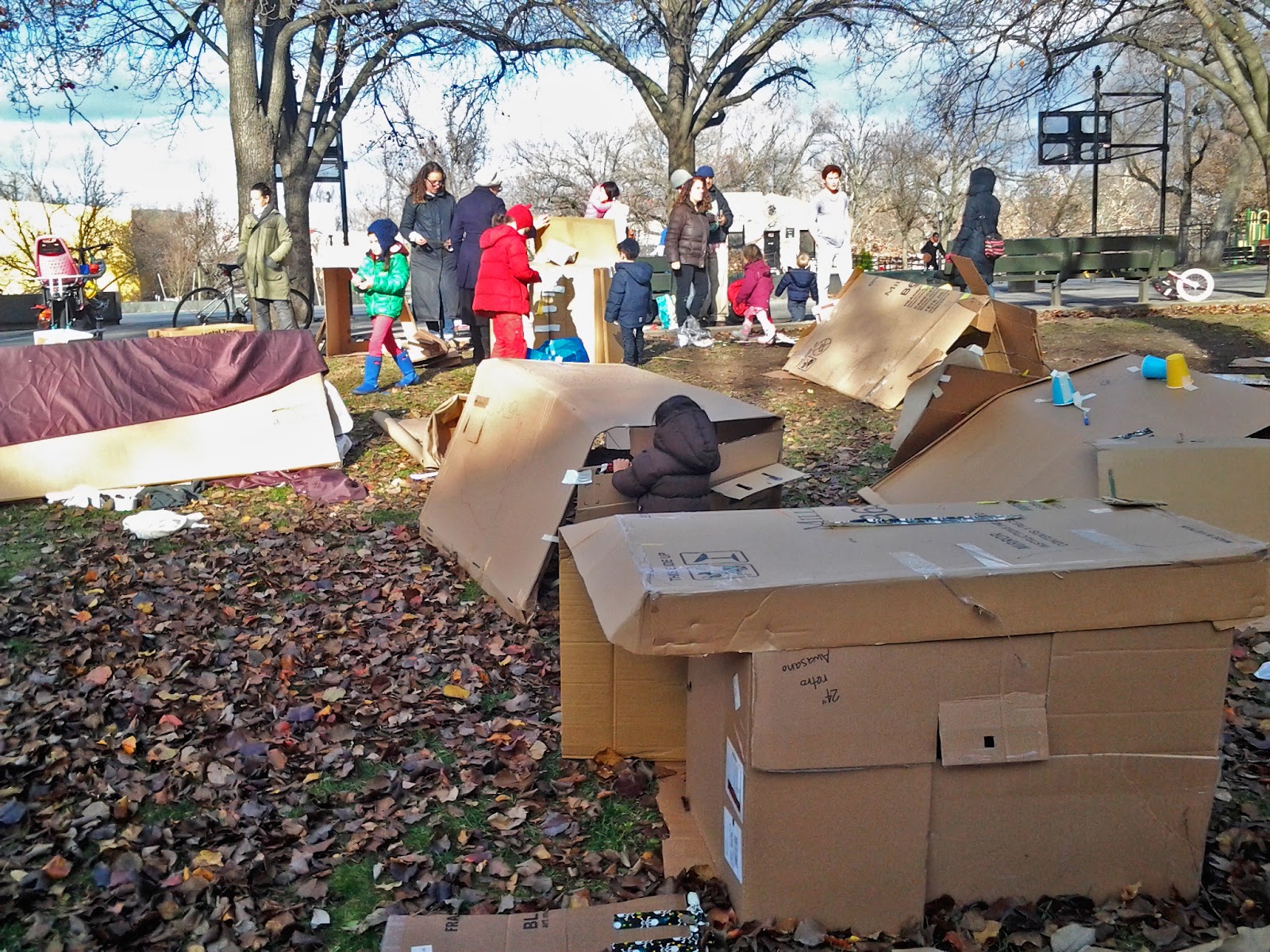 Children’s enthusiasm and openness to play freely when the opportunity arises never ceases to astound me. The diverse group of children of all backgrounds and ages who had never met before were quickly remarking in their collaboratively built fire house, “Come on, quickly, get in the fire truck!” and in their castles, “I’m a dragon, but don’t worry, I won’t eat you!” Perhaps what perpetually surprises me over and over again in such situations is how simple it is to provide children with this opportunity and how sincerely they smile while deep in this form of child-led play. Not once did my own children come up to me asking when we were leaving, complaining that they were bored or did not know what to do. In fact, I watched them play in the cold the entire time and had to plead with my eight year old to get off his cardboard box (“house”) that he sat on in protest when it was time for clean up. I couldn’t blame him!

Even if one puts aside all of the research that points to how crucial this form of play is for children’s development, there still remains the simple, sincere fact that no store bought toy or adult-led activity has ever brought such joy to my children. For that reason alone I cannot wait until our next Pop-Up Adventure Play Day. 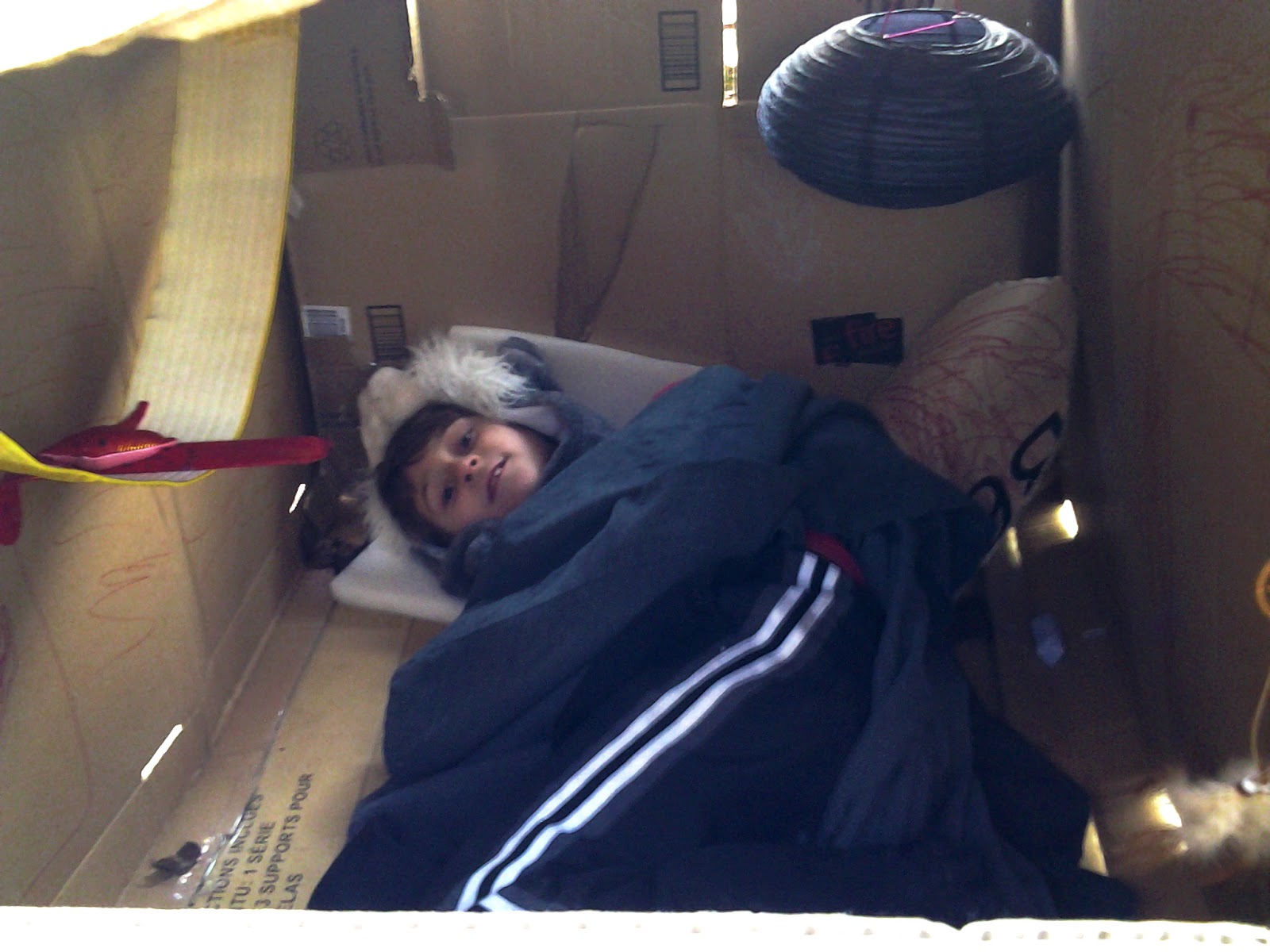