After an epic 12-year playwork journey from an un-sure 17-year-old volunteer, through the stages of front-line playworker, playwork graduate and Children’s Centre Manager in the UK, I have landed here, starting a new adventure with the fine people of Pop-Up Adventure Play – Suzanna and Morgan.

I have been involved with Pop-Ups for several years as a director after graduating from Leeds Beckett University with Suzanna in 2012. In my role, I supported the team on a number of projects, although mainly the 2014 US Tour and the 2015 World Tour! It was an absolute pleasure to be welcomed into this tardis of an organisation – I’m only two weeks in, but what an amazing whirlwind adventure it has been so far!

I landed in Los Angeles to join up with Santa Clarita Valley Adventure Play a group that was established on a familiar narrative to-which most playworkers can relate – by accident! The founders were reading anecdotes of adventure play during a train journey, before having the ‘lightbulb’ moment and realising their inner calling. SCVAP advocate free-play for children and adults both through pop-up adventure playgrounds which they deliver to groups, schools and organisations around LA County but also through the establishment of their fixed space, Eureka Villa.

SCVAP are in the running to be awarded $100,000 through the LA2050 Challenge – an initiative to ‘Make LA the Best Place to Play’ – the grant will enable SCVAP to take their Pop-Up Playground programme into communities throughout LA County, for a whole year, for free! This will also mean securing the necessary funds to get Eureka Villa to a stage where it can officially open to the public as an adventure playground, the first permanent adventure playground in Los Angeles.

This project is of great importance to the USA, to the international Playwork community, to Pop-Up Adventure Play, to SCVAP but the most important recipient of this amazing project is the children, young people and their families who will benefit from this project both directly and indirectly. For me, this is such an amazing position to be in, at such a crucial time.

Being able to be part of this project, in the thick of it, to campaign for it, to get my hands dirty and be a part of its journey, is truly tremendous! We know that by allowing children access to rich-play opportunities such as this space, we can support them to develop socially, emotionally and physically through unrestricted interaction with both themselves and others, in a space that encourages freedom and choice.

I’m pleased to be starting with Pop-Up Adventure Play as they team up with SCVAP to host the first playwork-focused conference in the USA.

The camping conference will bring international experts and play advocates together in an arena designed to share experiences, encourage debate and provide an opportunity for some self-reflection. The conference will be held over four days with practical skills-based workshops and conversation in the form of a Playwork Campference.

The Campference will include keynote presentations from: 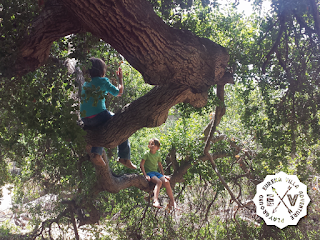 The Campference takes place between 16th to 19th February 2017. Places are filling up fast so if you’d like more information or to book your place contact suzanna@popupadventureplay.org right now!

It’s really great to officially be part of the Pop-Up team. More soon!