A third special guest – Erin Davis joined us in Philadelphia!  Many people have read and forwarded the recent article in the Atlantic about the Land, all about risk and joy and adventurous play.  Did you know that Erin was working on a documentary about the Land and that the Atlantic interviewed her all about it?

Our special guests are carefully selected because they each contribute expertise that we lack. The first, Grant Lambie of Free Play Designs, has designed naturalistic and inclusive playgrounds across London and used beautiful images to walk audiences through the concept of slow design. The second, Andy Hinchcliffe, is one of the managers of a childcare centre in Wyke, Bradford.  He shared stories of interactions with parents and other stakeholders, speaking eloquently of roles that an adventure playground might play in a local community over time.
Erin Davis has been a friend of Pop-Up Adventure Play since the beginning – she was at our very first event in NYC. Since then we’ve been emailing and chatting, forwarding links and occasionally even meeting in person. She’s a gifted storyteller and passionate advocate for play, and will be sharing her experiences from the filming of the Play Free Movie during the workshop at Smith Memorial Playground and Playhouse on 11th April. 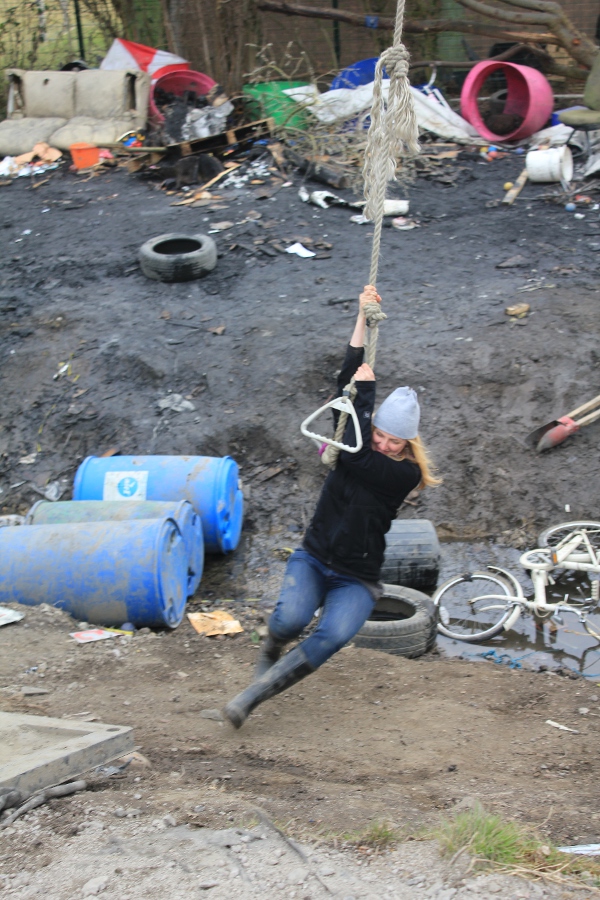 Team Pop-Up Adventure Play held a 2 month tour around the USA. See our images from the tour and read more from Morgan.