I am typing this on our flight from Panama City to LA, in between stops 3 and 4 of our grand World Tour.

We three couldn’t have been more excited about this stop, because it allowed us to visit Carolina and tour Bellelli Educación.  Carolina has been a friend of Pop-Ups since the very beginning, but so far our relationship has been mostly online.

Back in 2010, we had an idea that playwork could be applied in a way that would benefit and rebuild the social networks that allow children to play out. Our first pop-up adventure playground was in Central Park NYC as part of the Ultimate Block Party, and the response was amazing!  Visitors built houses out of cardboard boxes, shared stories with us from their own childhoods and kept on asking, when is the next one?  That was gratifying enough, but then a surprise – an email from someone all the way in Costa Rica who had seen those photos on Facebook. She had a question of her own, one that prefigured many more to come: how can I do one of these myself? 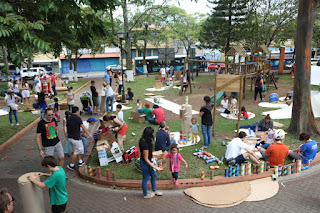 A busy, playful community at play!

Carolina became our first independent organizer and is probably still the most prolific.  On Sunday, we were thrilled to attend Bellelli’s 27th pop-up adventure playground! An estimated 400 people came to the public park of Escazú, drawn by event listings on Facebook.

Many more streamed out of the church at 11 am, when the children’s service was over. They built rocket ships and cardboard armour, shared snacks laid out on huge sheets of paper and made some new memories of their own. Suzanna, Andy and I wandered the site, chatting with those we knew and eating shaved ice with syrup and condensed milk from a man who’s been making them for seventy years. 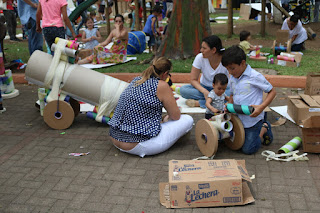 There were many amazing creations!

We knew many of the adults there because the day before Carolina had invited us to deliver a 7-hour workshop on playwork approaches for local teachers and parents. Erin Davis also gave us permission to screen The Land, which brought up all sorts of fascinating conversations around risk, freedom, memory and truth. Participants asked in-depth questions about playwork practice, ways to build rich material environments, tips on supporting open-ended play, and responding delicately to cues.

Many of the teachers are from Reggio-inspired schools such as Bellelli and probed at the subtle but key distinctions between that approach and playwork. The Pop-Ups team also shared some experiences doing playwork in extremely diverse settings, and some personal reflections on our own processes of constant learning.  Together, we all discussed the importance of trusting children and ways to make that trust real. 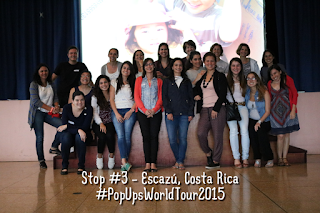 The participants at our day-long workshop on Saturday.

So many of those participants came to the pop-up, bringing their children and friends. Carolina brought her adorable niece, who was hilariously disinterested in meeting her aunt’s amiga Morgan. We held babies and distributed tape and were hugged by people who had the loveliest things to tell us.

“I’ve thought play was important for so long”, one said. “But I thought I was alone…”

“You’ve given me the words to talk about play now”, said another.  “I work with disabled children and they need this so badly.  Where can I learn more?”

The best feedback, however, was from the 9 3/4-year-old son of Krista (a kind member of the extended Bellelli family who had hosted Andy in her home). At the post-pop-up BBQ, he told Suzanna:

“Yeah?” she asked.  “Which was your favourite bit?” 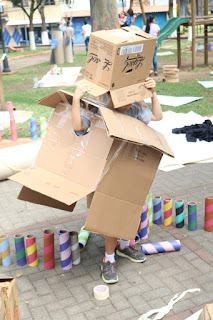 This is a robot outfit, created to avoid wearing suncream.

Carolina told us of some of the conversations she’d had with lots of visitors who had said that they would love to be involved in creating more events or in bringing these ideas into their own organization’s setting.  “When”, they kept on asking her, “when is the next one happening?”

This four-day trip gave us a brief but amazing time in Costa Rica, with a visit to the La Paz Waterfall Gardens, and lots of delicious food. Costa Ricans seem to eat every 8 minutes, and we were not complaining!  It was also a chance to see firsthand the dedication and passion which drives Carolina and her team to such extraordinary accomplishments. Bellelli’s work, whether in the school grounds or off, displays an enormous sense of love for communities wherever they may be built or found. 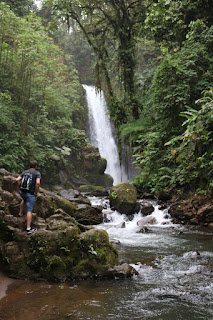 We were so grateful to have had the chance to see Carolina and her team in their community, and to seal this friendship with hugs – in person! See you again soon, Costa Rica! 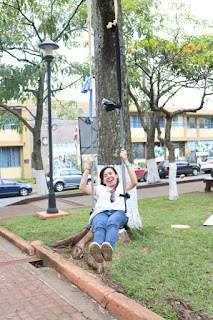 This is Carolina – thank you for having us!