By Morgan
Thank you to YOU
We’ve been so grateful for the opportunity to do this tour, and to be a part of this movement in support of play.  It was hard work, but also in many ways an absolute luxury to dedicate two whole months to meeting other people who are already improving opportunities for children’s play, or who are curious to learn more.  We do a version of that nearly every day online, but there’s nothing like seeing the faces of people as you talk and plan and play together.
We were nervous to ask for financial assistance for this project, and were very touched by the generous support we received from family, friends and contacts from around the world.  Our largest donation came from KaBOOM, who provided the match-funding that helped us reach our target.  Bernie DeKoven, author of The Well-Played Game, actually donated twice and sent us a note that said ” HUZZAH FOR POPUP AND FOR THE WORLD”.  How’s that for encouragement? 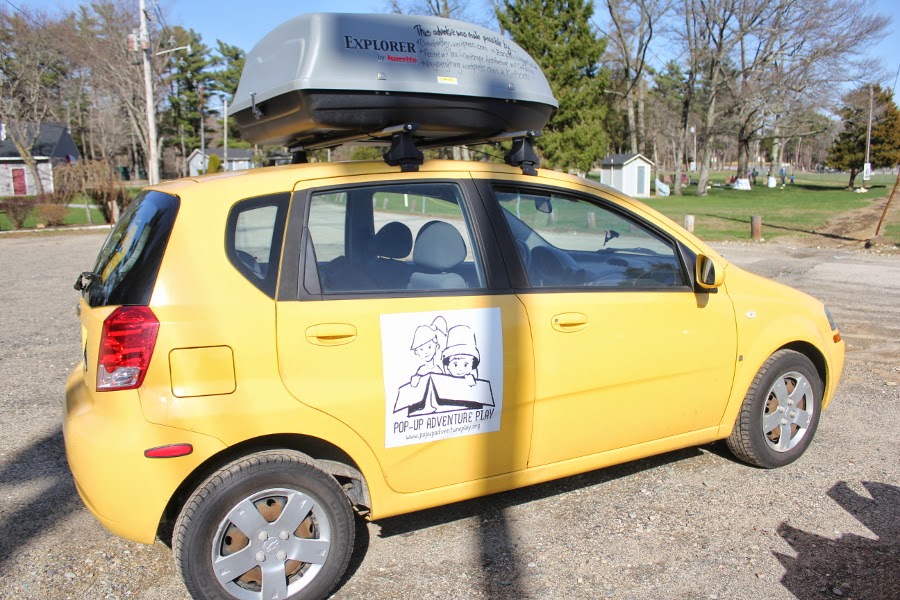 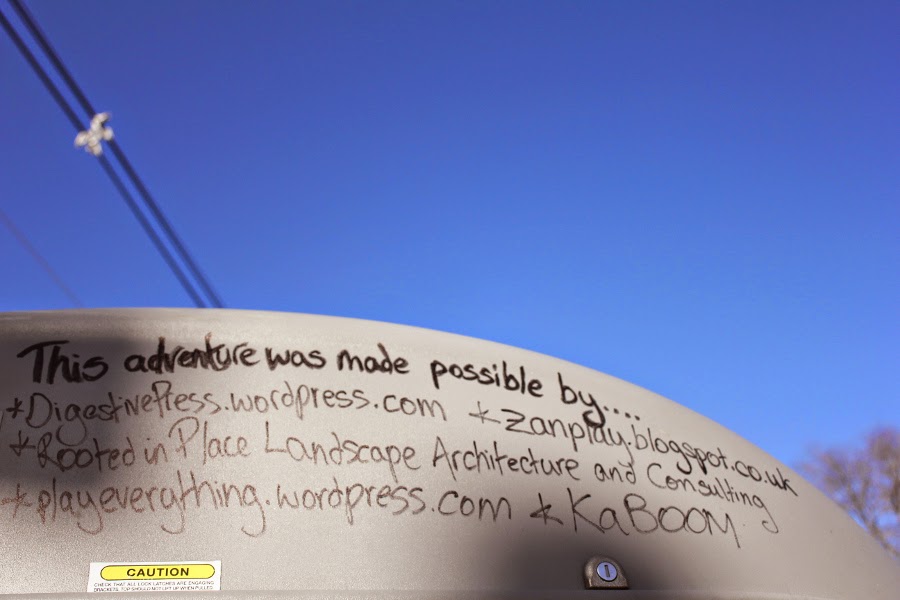 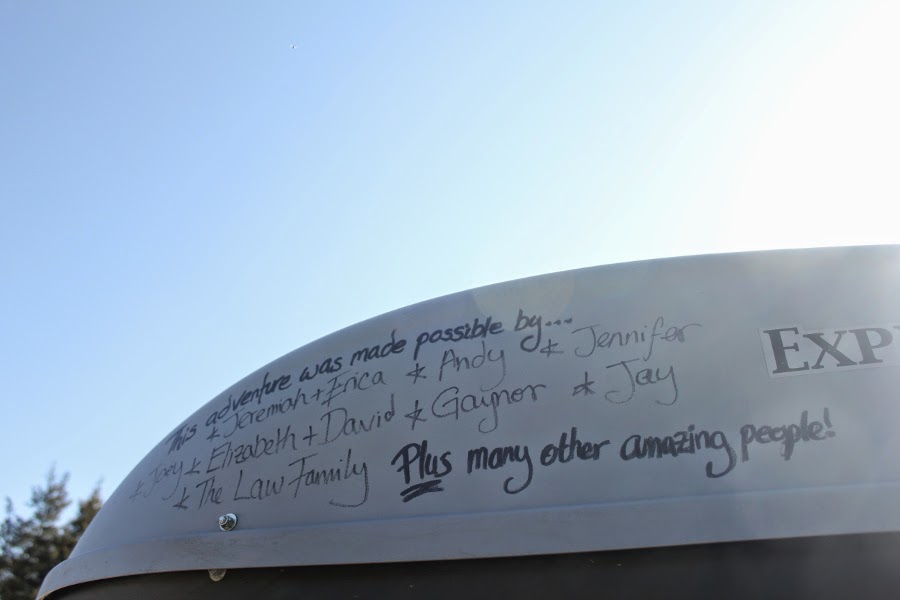 Once on the road, we were stunned by the reception we received from hosts. One called us “the Johnny Appleseeds of play”, but we felt more like a catalyst – an excuse for them to bring people together, a spark for play and conversation. In Portland, our host (Leon of EarthPlay) told us how he’d been gathering volunteers and talking with us to train them in playwork, but was having terrible trouble finding a location.  After the workshop, a woman came up to introduce herself.  “I’ve never thought so seriously about play before,” she said.  “But you’ve convinced me how important it is and I want to be involved but don’t know how.  I don’t have much time or money, just this piece of land…”
I’m fond of saying that holding a pop-up adventure playground is a bit like throwing a party.  Every single time I worry “what if no one comes?”  And then, when people starting arriving I fret “what if EVERYBODY comes?”  We’ve been a part of tiny events and huge ones, and every time what we remember afterwards are moments with individuals.  There was a little girl in Louisville who stayed for hours, in spite of the bitter cold, to build a box house and be thrown around inside a big sheet, to ride what she called “the princess trolley” up and down the cracked sidewalk.  Through all of it she kept shouting “this is the best day EVER!”

That’s why this last thank you post goes to you – yes, YOU.  Whether you joined a tour stop or not, whether you were part of our crowd-sourcing team of awesomeness or not, whether this is the first time you’ve been to our site or the thousandth, thank you for being a part of this.  Without your support at the beginning, this tour would have stalled in our driveway.  Without your attending the events, we’d just have been standing in a field with boxes.
Together, we’re far greater than we are apart.  Together, we’re a movement.

This is the third of three posts thanking everyone for being part of the Pop-Up Adventure Play Tour 2014. If you’d like to see more photos from this tour, please visit our facebook page. Sign up to our mailing list too for Pop-Ups in your Inbox! If you want to be part of next year’s tour, please get in touch with suzanna@popupadventureplay.org.