Popping Up at Sports Relief in Surrey 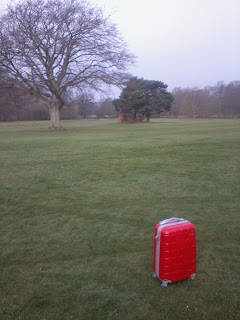 I’ve taken it everywhere for the last year or so, through all my Pop-Up Adventure Play related bouncing around and popping up.  It’s so bright and glossy that people smile at it when I wheel past.  It’s so small it fits as carry on with even the most budget of airways.

And now, as part of our involvement with Epsom and Ewell’s Sports Relief event, it’s become a Pop-Up Adventure Play module!  Sports Relief is a massive national charity event – this year more than a million people took part in the UK and raised more than 52 million pounds! 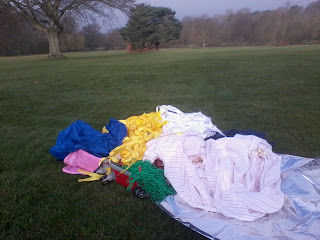 Look at how much fitted inside!  When staged around a table and chairs, we were already halfway to a blanket fort. 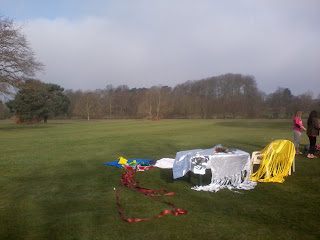 The very nice people of Epsom and Ewell County Council contributed some sports equipment, the table and some chairs and then we were away, staffed by myself and student volunteers from the local girls’ school. People arrived in waves, coming from all over Cheam to make their way around the one, three and six-mile courses. Children came to play while brothers, sisters and parents were running. They came before and after running themselves. 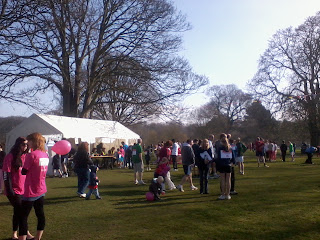 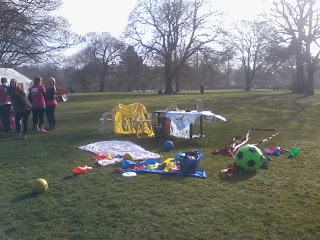 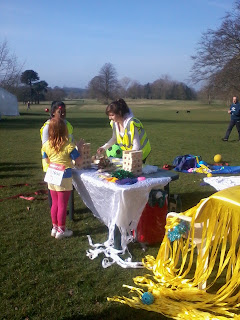 The rope was used for tug of war, a wooden stick was hung with streamers and yarn to “make a toy for my cat”, and we tweeted some of the best quotes that came from the day. 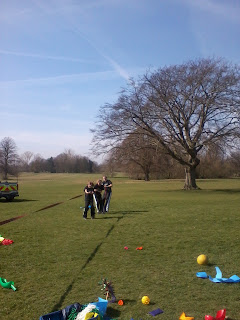 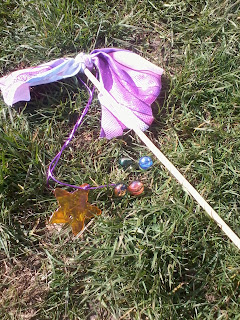 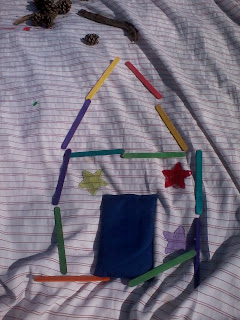 “You have so much good stuff here, like this tinsel. And STRING!” (Martha, 6) 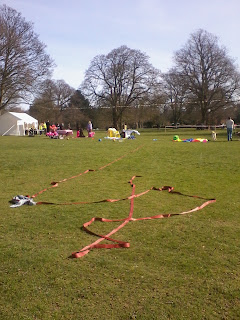 “It’s a good idea, this. I didn’t even think to bring anything (for the younger siblings who weren’t running) and they’d have got so bored just sat waiting. This is much better, they get to have a play and meet some other children. And what did you bring…  oh, it’s just stuff? Well. I could do that myself next time!” (Mum)