The children ran in to the room and stopped short of all the loose parts.

“Hello everyone, you can do whatever you want with all the stuff I have here. If you need anything, the adults will help you” I said to them, sensing that they wanted some sort of introduction.

“Yes we know” said a little boy, his eyes wide with anticipation.

“Well, awesome. Whenever you are ready, you can go!”

I hadn’t quite finished my sentence yet and some of them had already launched themselves into the nearest box. The smaller ones took more time. They wanted to receive their name sticker, and then cruise quietly around before diving in. Once they were in, they were fully in. 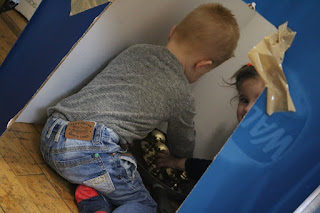 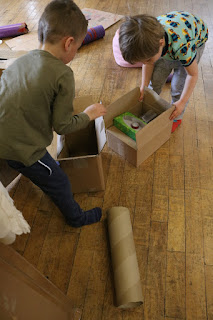 “This is a great idea” said one of the adults who walked in with a baby tucked under her arm. “You should do this more often.”

I smiled and explained that the pop-up adventure playground model was something that my charity had developed and that we’d been doing this all over the world.

“Great! When’s the next one here?”

Today’s group of adults were childminders, parents and a couple of aunties. For the first time ever, I was running a pop-up adventure playground with one of my own small people present – my not-quite-3-year-old niece. When she arrived, we ran up to me very quietly and just stared.

“Hello little one, there are lots of things for you to play with here, would you like to have a look?”

She shook her head and stared for a while longer. She is younger than the usual pop-up audience so understandably, she was a bit nervous.

She nodded enthusiastically, so I took her hand, found some crayons and a cardboard box and she was in. My dad came along shortly to hang out with my niece so I was freed to go and be a playworker. I realised at that point that this was going to be a challenging pop-up for me, one where I would have to wear the hat of a playworker and that of an auntie.

Fortunately for me, I had asked Pop-Up’s Andy and David to come and help out so they were able to support me while I switched hats. Every so often, a little hand would touch mine and I would hear the words “Auntie Zan, will you come play with me?”. It was the most adorable thing ever, though I had to catch myself and make sure I was able to devote time to playworking and playing, non-concurrently. Being in both roles at the same time took practice and I was definitely new to that. 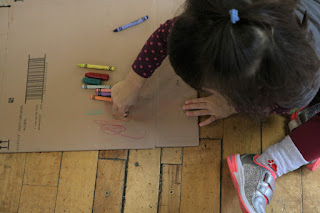 There were more children at this pop-up compared to the last, and more boys. Play was a little less delicate and a little rougher around the edges. There were certainly some beautiful moments: two little people moving around metal door knobs in a cardboard box; little crawlers sitting in the middle of wicker baskets; older boys shuffling along the ground in a box singing “the wheels on the bus”. 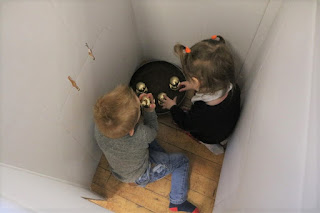 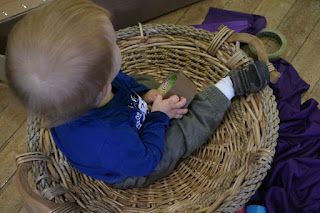 Challenging moments caught the attention of all the adults: when the biggest den was flattened and the children started jumping all over it; the game of chase with one unwilling participant; when David was captured by two little boys and tangled in a net. Though it felt challenging to us, it was a great moment to flex our playwork muscles. The children’s behaviour was only challenging to us, they themselves are only following their own instincts and playing. 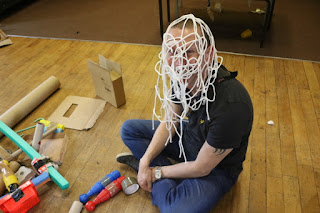 The two hour session ended quite naturally when a lot of the tiniest players started getting a bit too sleepy. This is the second pop-up this year I had been able to organise in my community, with more to come! I had a great session and was flanked by some great playworkers – I hope too that the children enjoyed themselves and really got to play.